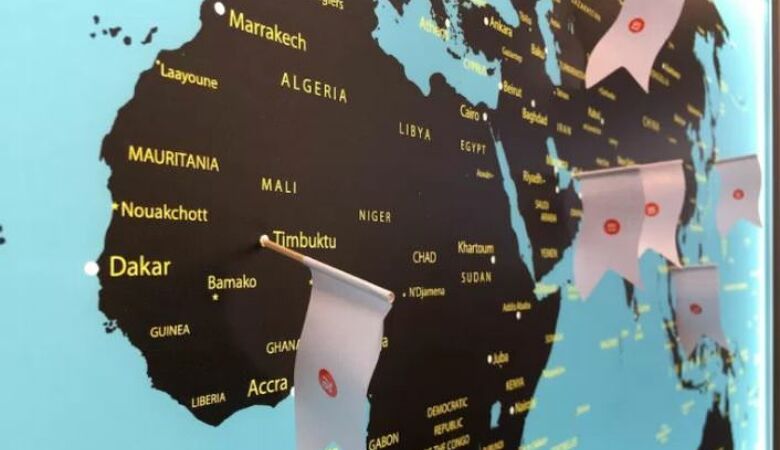 Last week, members of our freight team have represented Charles Kendall for the third year running at Multimodal 2017, held again at the NEC, Birmingham. Shippers and cargo owners alike attend the event to improve their businesses; by finding ways of moving their products more efficiently and by meeting new suppliers.

The event is characterised by key vertical sectors, including manufacturing, retail, agribusiness, chemical, automotive, electronics, FMCG, food & drink, fashion, pharmaceuticals, construction, aerospace, energy, real estate, recycling, paper/print and perishables, amongst others, whilst horizontally, the show covers all modes of transportation, including sea, road, rail, air and inland waterways. We had a new addition to the stand this year, in the form of a large light up world map. Visitors were encouraged to take part in our ‘Find the Treasure’ game by sticking a flag in their chosen city. A city was then picked at random once all the spots had been filled and the winner of each round received a Fitbit. There were also a few giveaways such as golden coins to run with the treasure map theme and Charles Kendall goodie bags. Despite being a smaller show than in previous years, we managed to make some good connections. Thank you to all who helped make the event a success. You can view photos of Multimodal 2017 here.