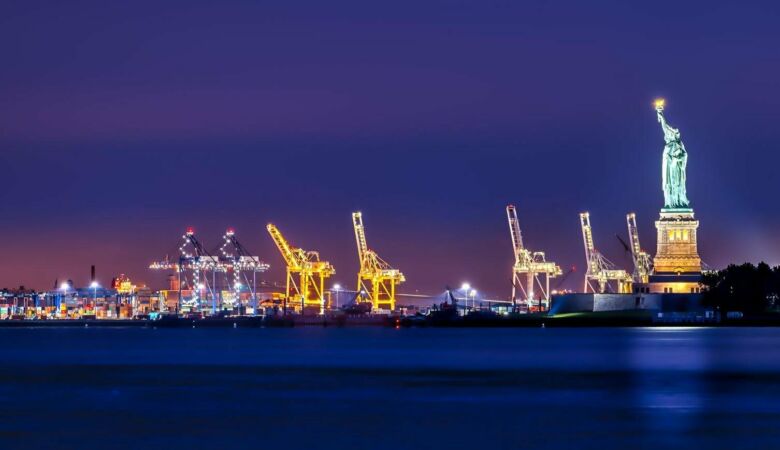 New services from the Indian subcontinent to the US East Coast launched last year are allowing shippers to protect themselves from some of the disruption seen in China and the West Coast.

Bethann Rooney, Port Director for the Port of New York and New Jersey "As manufacturing has shifted more and more into Southeast Asia-Vietnam, India, [and] Bangladesh, we have the opportunity that these cargoes can come to us direct via an all-water service via the Suez,” Rooney said. “We’re not as dependent on [Shanghai] and as a result what we’re seeing going on in China today is not affecting us as much as other ports."

New York has not been free of disruption, however. Thousands of containers are sitting at New York and New Jersey terminals for over a month because of a shortage of warehouse space. This in turn is making it harder to unload other ships - last week there were 14 vessels waiting for a berth outside the port.