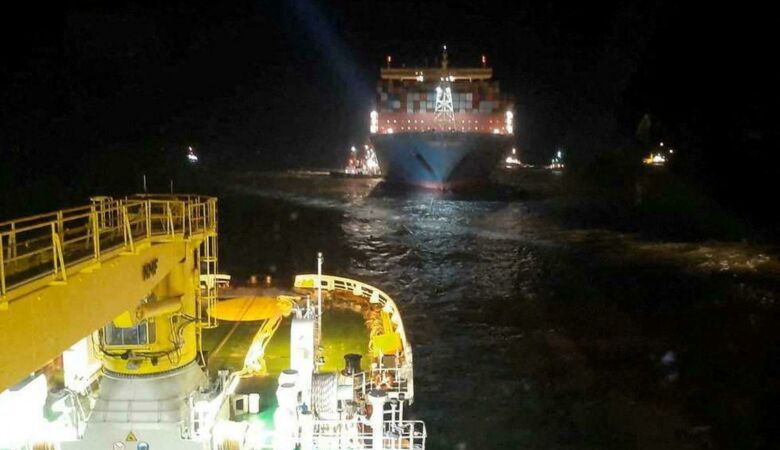 The 20,500 TEU vessel Mumbai Maersk was headed from Rotterdam to Bremerhaven when it ran aground last Wednesday.

The ship was in the mouth of the river Weser when it turned around for reasons that remain unclear. This led to it getting stuck in an area of water with high quantities of dredging material.

Maersk released a statement saying that "all crew are safe, there is no pollution and no sign of hull breach". In addition no cargo was lost and access to the port remained unblocked.

Initial attempts to re-float the ship were unsuccessful due to low spring tides. However, extra tug boats were deployed and the ship was able to be freed in the early hours of Friday morning.

The incident again suggests that there are higher levels of risk in the container shipping market during this time of unprecedented demand. When ships are more frequently laden to full capacity, they are more likely to run aground or lose cargo overboard. They can also be more affected by sudden winds, as we saw when the Ever Given became stuck in the Suez Canal last year.