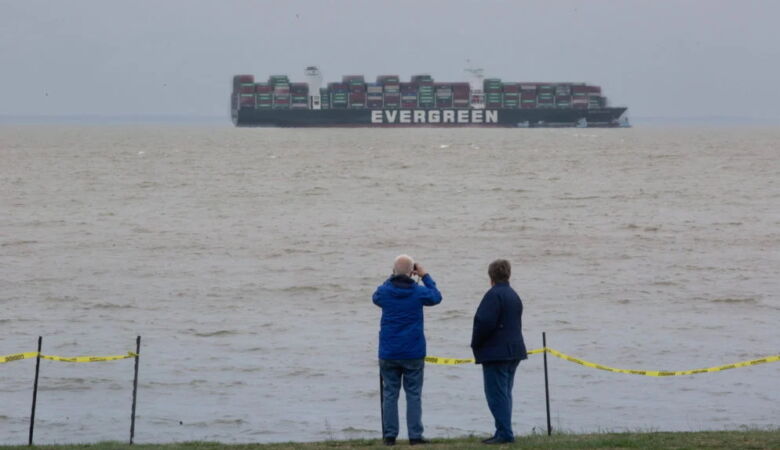 The Ever Forward was finally refloated on 17th April, over a month after it ran aground in the Chesapeake Bay.

Salvagers removed containers from the vessel and dredged beneath the ship in order to free it.

The State of Maryland is now asking vessel operator Evergreen to start a $100m "responsibility fund" to pay for the environmental and economic damage caused by the incident.

A spokesperson said "While we do not know the full scope of the environmental impact thus far, a 131,420-ton ship, carrying tons of cargo and fuel, getting stuck in our waters undoubtedly has resulted in disruptions to the bay’s fragile ecosystem."

Evergreen, however, are denying that the Ever Forward caused any environmental damage, as there was no damage to the ship during the incident. They also say that all of the material removed in the dredging process will be "beneficially used for rebuilding and restoring Poplar Island, home to hundreds of species of wildlife and waterfowl".