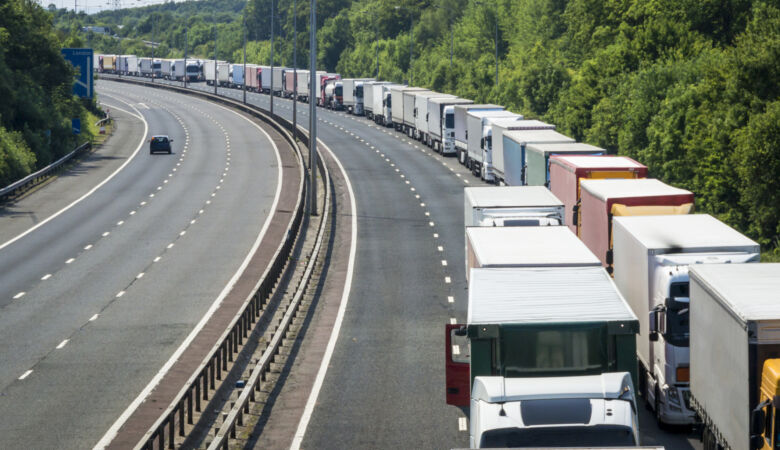 The delays have caused Operation Brock to be activated, closing 23 miles of the M20 to non-freight traffic in order to accommodate over 2000 HGVs.

Freight crossings at Dover have slowed since the introduction of new post-Brexit customs rules, but delays have become more severe in recent weeks for a number of reasons. Firstly, there has been an increase in ferry-bound traffic ahead of Easter this week, both from the public and from truck drivers looking to get home for the holiday.

There are also still fewer ferries in operation after P&O sacked 800 staff, meaning some services are suspended. The Pride of Kent, which normally operates on the Dover to Calais route, has also detained by the Maritime and Coastguard Agency after an inspection deemed it unfit to sail.

Finally, an IT outage in the government's Goods Vehicle Movement Service has made it impossible for drivers to the necessary Goods Movement Reference numbers they need to move freight out of the UK. HMRC has implemented temporary measures allowing other documents to be used instead, but the extra admin continues to cause delays at a port already fraught with them.