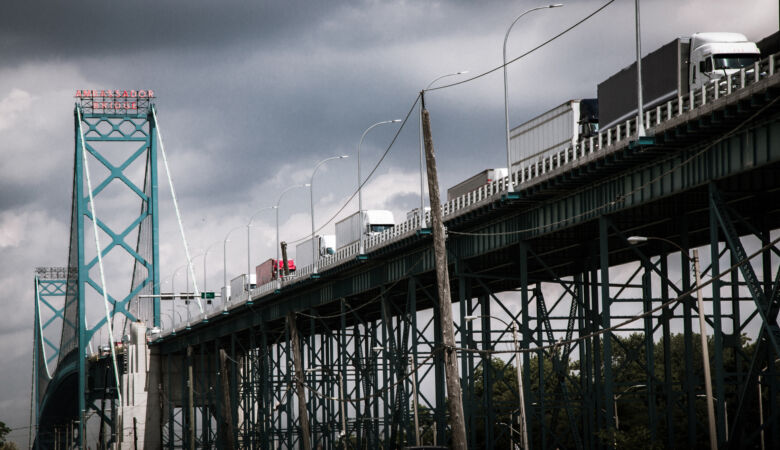 Protesters blockaded a key border crossing between the US and Canada last week as part of the ongoing "Freedom Convoy" protests against vaccine mandates for truckers.

Ambassador bridge connects Windsor, Ontario and Detroit, Michigan across the Detroit River. Some trucks have been redirected to Blue Water Bridge 60 miles away in Sarnia.

Protesters completely blocked the bridge on 7th February, and while authorities did eventually get one lane open the flow of traffic was still severely limited.

As a result supply chains reliant of the movement of goods across the border have been heavily disrupted. The auto industry has been particularly badly hit, with car manufacturers including Ford and Toyota already reporting shortages. Auto part manufacturers are also having to slow down operations as they lack the storage space to accommodate a backlog of products building up.

Ironically, the North American trucking industry itself is suffering from a lack of parts, which is making existing capacity issues worse. Carriers are reporting that 6-10% of their fleets are out of commission due to a lack of parts such as brakes and sensors.